Among the numerous con tricks that some public listed companies play, this one takes the cake. It gets this award for three reasons – for the magnitude, for the long duration that the fraud carried on and for duping investment banks, prominent research houses, brokers and even prestigious magazines. Had it not been the death of its CMD, Amitabh Parekh at a young age of 39, this con trick would have continued for a very long time.

This company claimed to be the largest manufacturer and exporter of Aluminium Foil containers. It also claimed to have a high profile client list such as Air India, Jet Airways, Indian Railways to name a few and catering to food sector, caterings, railways, airlines, hotels, restaurants etc. Its Sales which was under Rs.30 crores in 2001 grew to Rs.1,373 crores by 2012 or about 46 times in 11 years. Net profits which were just Rs.92 lacs in 2001 jumped to Rs.85 crores in 2012, up 92 times in 11 years. In fact, just prior to the death of its CMD, the reported sales for the quarter was Rs.515 crores, its highest ever. Then in the quarter just after the demise, the company reported a 91% fall in sales and (hold your breath) a Rs.375 crore LOSS for the quarter?!!!

INVESTMENT BANKS BUY INTO THE COMPANY

In January 2008, the company came out with a QIP that was subscribed by Barclays Capital among others. Barclays bought a large chunk at Rs.225 per share only to sell it at Rs.50, one and a half years later. So much for intelligent FII buying.

Was the brokerage industry duped too? Aren't research and brokerage houses with all their resources supposed to enquire, investigate and do some scuttlebutt to arrive at conclusive judgement? Well, here is what the who's who of the brokerage industry did over the years. Research houses such as Prabhudas Lilladher, Anand Rathi, Sunidhi Securities and Firstcall Research went on a buy recommending spree. Prabhudas in 2008, Anand Rathi in 2009, Sunidhi two times in 2009 and once in 2011 and Firstcall as latest as Nov 2012, just five months prior to the revelation, when after the death of the promoter, the sales collapsed and the net loss for that one single quarter wiped out all the profits since inception.

After the unfortunate demise on January 6, 2013, the company took four trading/working days to inform the stock exchanges about this material development. In those 4 trading days the stock crashed 31%, giving someone an exit opportunity before the rest of the shareholders could react.

Something even stranger happened later. On 14th January, 2013, the company informed the exchanges that one Dhaval Mahesh Parikh has been appointed Managing Director of the company for a period of five (5) years with effect from January 04, 2013 (Note : the date of appointment is 2 days prior to its MD's death). As if all of this was not enough, the company informed the stock exchanges the very next day that this announcement was inadvertently made by the company and that Dhaval Parikh is not even a director in the company?!!! (therefore the question of becoming MD does not arise). Was it because of a control struggle for the company? Few weeks later its long time company secretary resigned.

In all this, the hapless investor watched as the stock price collapsed by over 80% 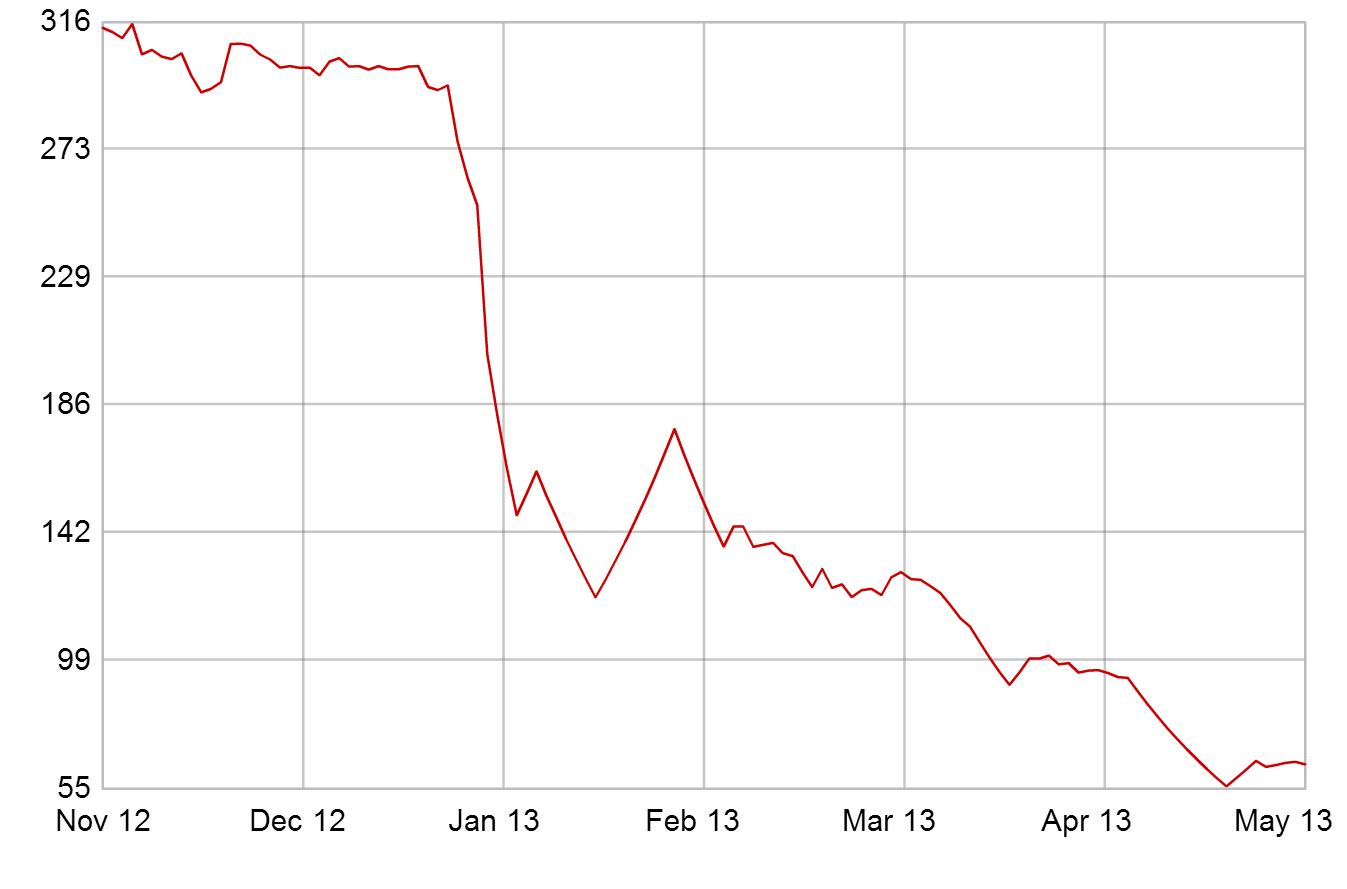 In several similar cases in the U.S., the U.S. SEC (Securities and Exchange Commission) has levied multimillion Dollar penalties and has even got the accused prosecuted. Some such cases where the books were cooked and the companies charged are TYCO in 2002, HealthSouth in 2003, American Insurance group in 2005, Bernie Madoff scandal in 2008 to name just a few among hundreds of other such cases. In 2013, the U.S.SEC did not even spare the city of Harrisburg, Pennsylvania and charged it with securities fraud.

Disclaimer : This report is not intended to be taken as financial advice. This report is only for your personal use and not intended for any business purpose. The service does not allow re-posting of content posted in this report and on this site. Siddharth Oberoi or Dess Equity Advisors or prudentequity.com (together referred to as we) have taken due care and caution in compilation of data. However, we do not guarantee the accuracy, adequacy or completeness of any information and are not responsible for any errors or omissions or for the results obtained from the use of such information. We especially state that it we have no financial liability whatsoever to any user/reader on account of the use of information provided in this report.